Pilates was developed by a man called Joseph Pilates. Joseph was a sickly child, he had ailments such asthma, rickets, rheumatic fever to name just a few!

Joseph was determined to improve his physical health so went on a quest of self-discovery. He emerged himself in several exercise disciplines such as Boxing, Body building and Gymnastics. He became very fit and strong and posed for anatomical charts. Joseph developed his own system of exercises which relied on control, breath, and core strength.

On a journey to America in 1926, the 45-year-old Joseph met his wife to be, Clara and together they established a studio in New York, in the same building as many dance studios. The proximity to the dance world, was pivotal in how the Pilates exercises came to be closely associated with the conditioning, rehabilitation from injury and training of many dancers.

Joseph had a very strict approach to his teaching and would demand perfect form and technique with every move, he insisted that this was the only way results and improvements could be made. Very often his students would eventually go on to teach the Pilates Method themselves.

Pilates today is extremely popular with most gym and community classes being full… with waiting lists. Why is this the case you ask? Because it suits all ages, all abilities both sexes and whether we are super fit or just starting off on our fitness journey we all have muscles that need lengthening, minor muscle groups that need strengthening, imbalances that need balancing, posture that needs improving and full mobility of our joints. Pilates suits post-natal and pre-natal, the elderly, the young, the impaired, the athletes, the office worker the list is endless! 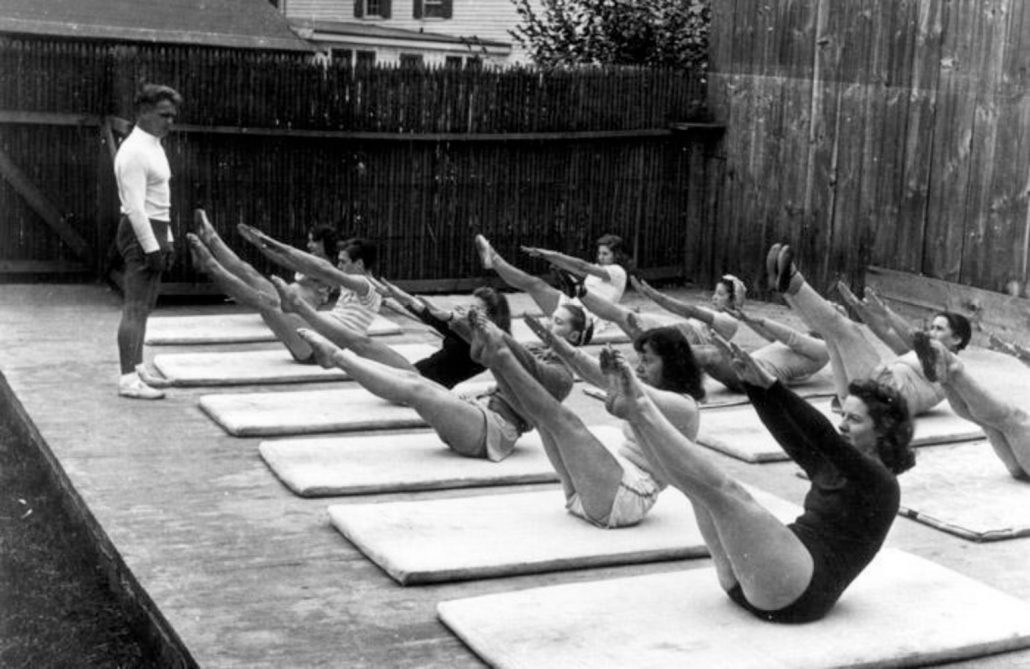 Next Page
Scroll to top